There are few economic assessments that impact our lives more than the subtle methodology changes used to calculate inflation through the Consumer Price Index.

CPI also impacts the rates used to determine wage and pension growth, which are usually indexed against CPI.

The CPI was traditionally calculated by comparing the cost of a standard basket of consumer goods over time. A fairly simple exercise, right? Unfortunately, it’s not. Through the 1980’s central banks and governments saw a significant problem with this approach.

Economists began to tinker with the CPI’s calculations during the 1980’s and 1990’s, introducing changes that assumed consumers would elect to buy cheaper items as prices rise (e.g. switch from steak to chicken), and lowered prices to reflect technology improvements in items over time. (e.g., an old car vs a new one). Whilst actual purchase prices rose for consumers, continual adjustments to methodologies used to create the CPI, particularly over the past 30 years, has resulted in reported price inflation of just 2.4% per year.

The problems appear more acute in the US. Work undertaken by the Chapwood Index[1] and John Williams[2] has rebuilt data for the original CPI basket back to the 1970s to help investors better measure how monetary inflation is impacting their purchasing power. Their work indicates that annual US urban inflation is 10-15% across large US cities, seriously challenging the validity of the US Fed’s reported CPI of 1-2%.

Faced with extreme uncertainty, it is our view that investors should ensure that each investment decision offers sufficient return to counter the purchasing power loss occurring as a result of central bank monetary policy. 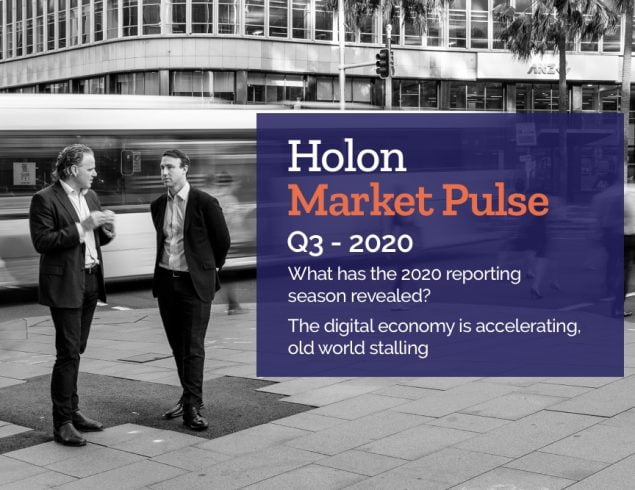 Our research team bring you their key market insights for the quarter.  You can access Q3 -2020 – Holon Market Pulse here. The role of Gold

The role of Gold in history Gold’s allure led it to become a symbol of immortality and power across ancient cultures since 5,000 BC. Gold’s rarity and aesthetic qualities made it an ideal material for ruling classes to demonstrate... During this year’s Holon Guide to Better Investing, we have outlined several principles that are important to building a sustainable long-term investment portfolio. We started with how to identify great investments, then provided some insights on financial statements, models,...