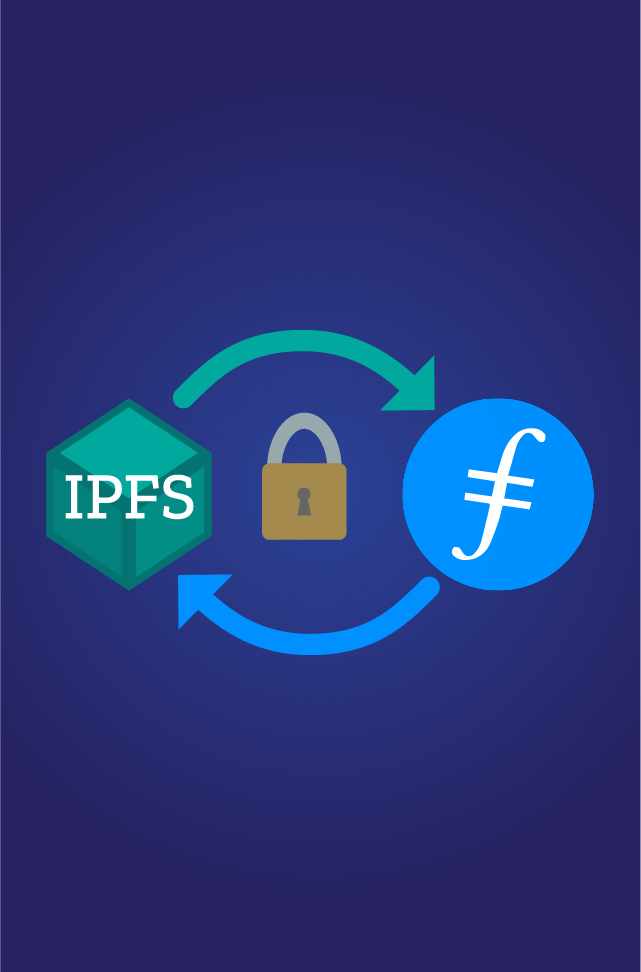 Home Insights HTTP VS IPFS: How Filecoin can revolutionise the internet

Filecoin has been labelled the Airbnb of cloud storage and, within the digital asset space, there is a lot of excitement about the potential of Filecoin.

But what does it mean to be the Airbnb of cloud storage, and can it really compete with the likes of Amazon or Google? In this article we lift up the hood a little to help give readers some context as to what Filecoin is setting out to achieve.

If Filecoin is successful, the cryptocurrency underpinning the Filecoin network, FIL, will create massive value. So if investors can understand how Filecoin works, and its potential to revolutionise the internet, they will be better prepared to seize this rare opportunity early, but also understand how Filecoin may disrupt their current portfolio, particularly the big cloud players such as Google and Amazon. They will also understand why some of the world’s smartest investors are investing in Filecoin now.

Before we dive into the solution, let’s take a step back and provide some context as to how data storage and distribution has evolved.

The internet is to many people, simply, magic. You type in a seemingly random set of characters into a browser and within a few seconds the information requested is presented to you on your mobile phone or computer.

Whilst the internet and the ‘cloud’ make it seem like the internet exists in the ‘ether’ it is very much a physical phenomenon. 98% of the world’s data travels along fibre optic cables. The Internet is a network of computers connected to each other via cables and domain addresses. The internet has developed over decades with immense coordination globally to build infrastructure and define standards about how data is transmitted across the net. 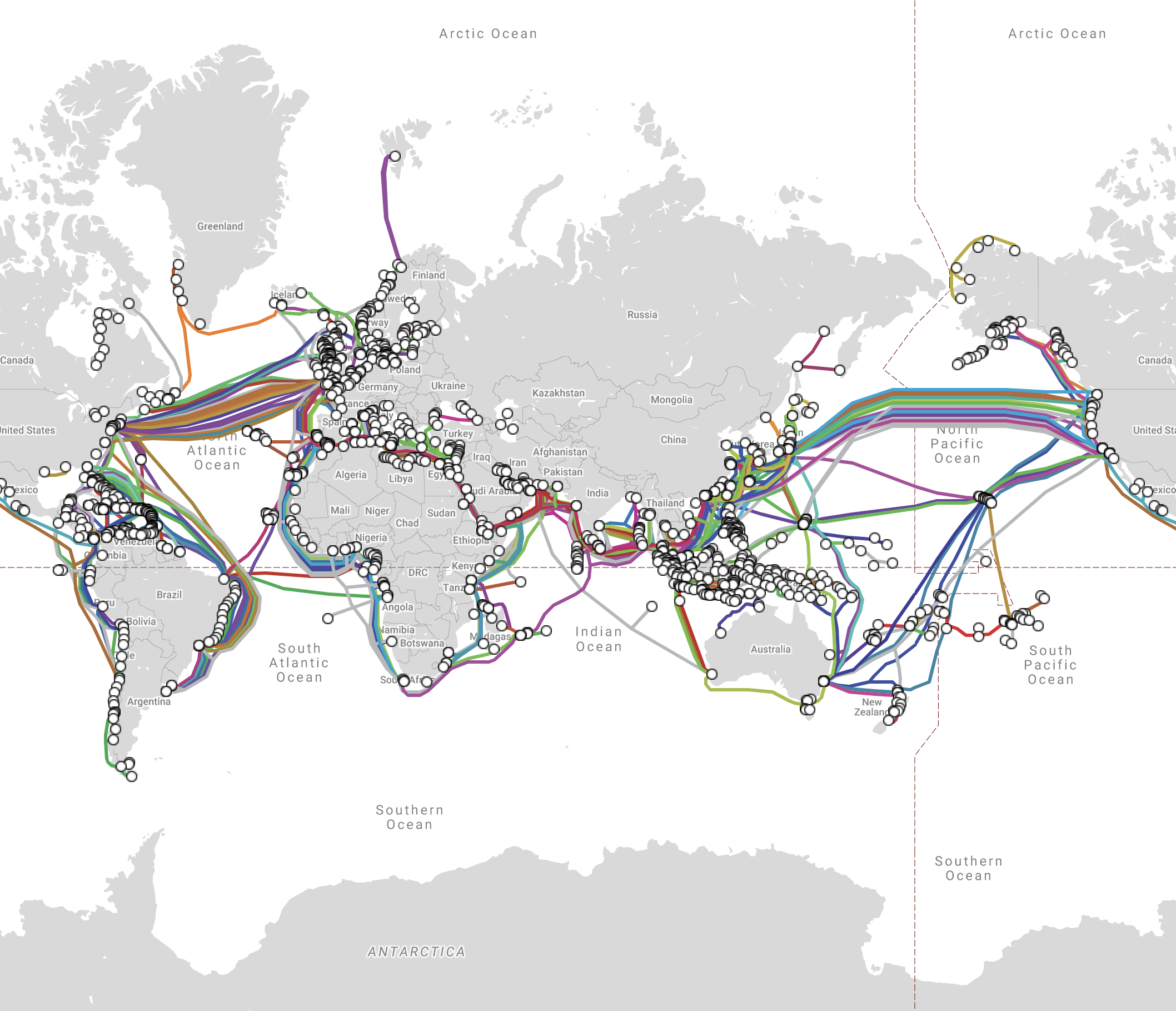 How does the World Wide Web work?

The current standards are based on the work of Sir Timothy Berners-Lee, who in 1989 invented the ‘world-wide-web’. He provided a means in which data (bits of information that make up a website) could be identified. The data could be transferred across the internet via a protocol known as the Hypertext Transfer Protocol (HTTP). If you click into your browser now, you’ll see that we still rely on this protocol today.

But you probably don’t know exactly how it works. At a very basic level, the HTTP is asking a server, identified by an address, to serve the information it has to a ‘client’. The address is an IP address.

This is known as ‘location-based addressing’.

When you request data over the internet you are asking a particular IP address for the information the server stores.

For the most part, this protocol works very well. But it does have its downfalls. Location-based addressing encourages the centralisation of the internet. We’ve seen this in the rise of what Holon describes as the ‘Mega Caps’, such as Google and Amazon. These are enormous companies built around the HTTP protocol.

Put simply, if you own the servers, you own the data distribution service. In today’s data-driven world this business model is extremely profitable. HTTP can have it’s downfalls as we said, we saw recently that when Fastly, a Content Delivery Network, went down it took a large chunk of the internet down with it. 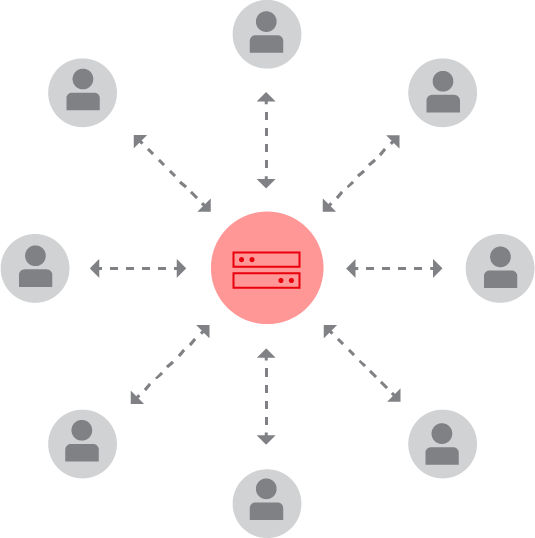 But what if there was a better model? A more efficient, more resilient, more secure way for data to be moved around the internet? A model that can change who owns, and therefore controls, our data?

Enter the “InterPlanetary File System”, or IPFS, a new model for moving data around the globe, that competes with HTTP. Invented by Juan Bennet, who later invented Filecoin to help spur the adoption of IPFS.

With Filecoin, network users don’t ask for data from a particular ‘location’. The users of the network Filecoin ask for a particular ‘piece of content’, and whichever server is located the closest that holds that data serves it to the client.

This small change has a profound effect at scale. The biggest being that the internet can operate in a much more efficient manner.

This has the potential to make the internet much faster, with the data more rapidly propagating across the internet. It also makes the internet more resilient by not being so heavily reliant on just a few providers … because if they go down it takes most of the internet we know today with it.

Filecoin’s vision is to turn data storage and distribution into an open market. By doing so Filecoin as a collective can rival the Mega Caps of today.

The reality is that an open market for data storage and distribution will drive the most efficient market. But in order to drive value to its users in the first place, it requires a very large network so that efficiency can be achieved. This is why the incentives to encourage the builders of the network are so important.

Filecoin’s success will be determined by whether the network becomes valuable enough to it’s users to convince them to shift across. This will take time because the network is only in its infancy, but the potential is there because IPFS, the underlying architecture of Filecoin, has already garnered significant interest from developers. It has also attracted some of the most progressive investors in the world such as Sequoia Capital, Andreessen Horowitz, Union Square Ventures and Winklevoss Capital.

The opportunity for Filecoin is not just competing with AWS, Azure or Google, it has the potential to change everything that the internet has been built on. That is, changing the HTTP protocol – the world wide web. It’s no wonder there is excitement about the Filecoin opportunity in the digital asset space. It is enormous. 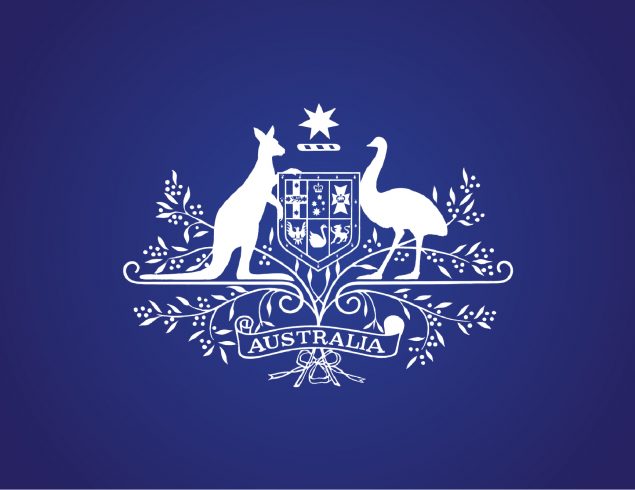 Jonathan caught up with Tim Lea, Founder & CEO of Fractonium. Fractonium is developing a funding platform that turns traditional Corporate Funding on its head. By tokenising the fractional ownership of assets, revenue flows and debt, we enable organisations... Growth stocks vs value is the wrong argument

Technology stocks surged at the start of 2020, with the main US technology barometer (US Nasdaq 100 index) rising 97% in the 12 months following Covid-19’s original lockdowns in mid-2020. Through late February and March however, most tech stocks...