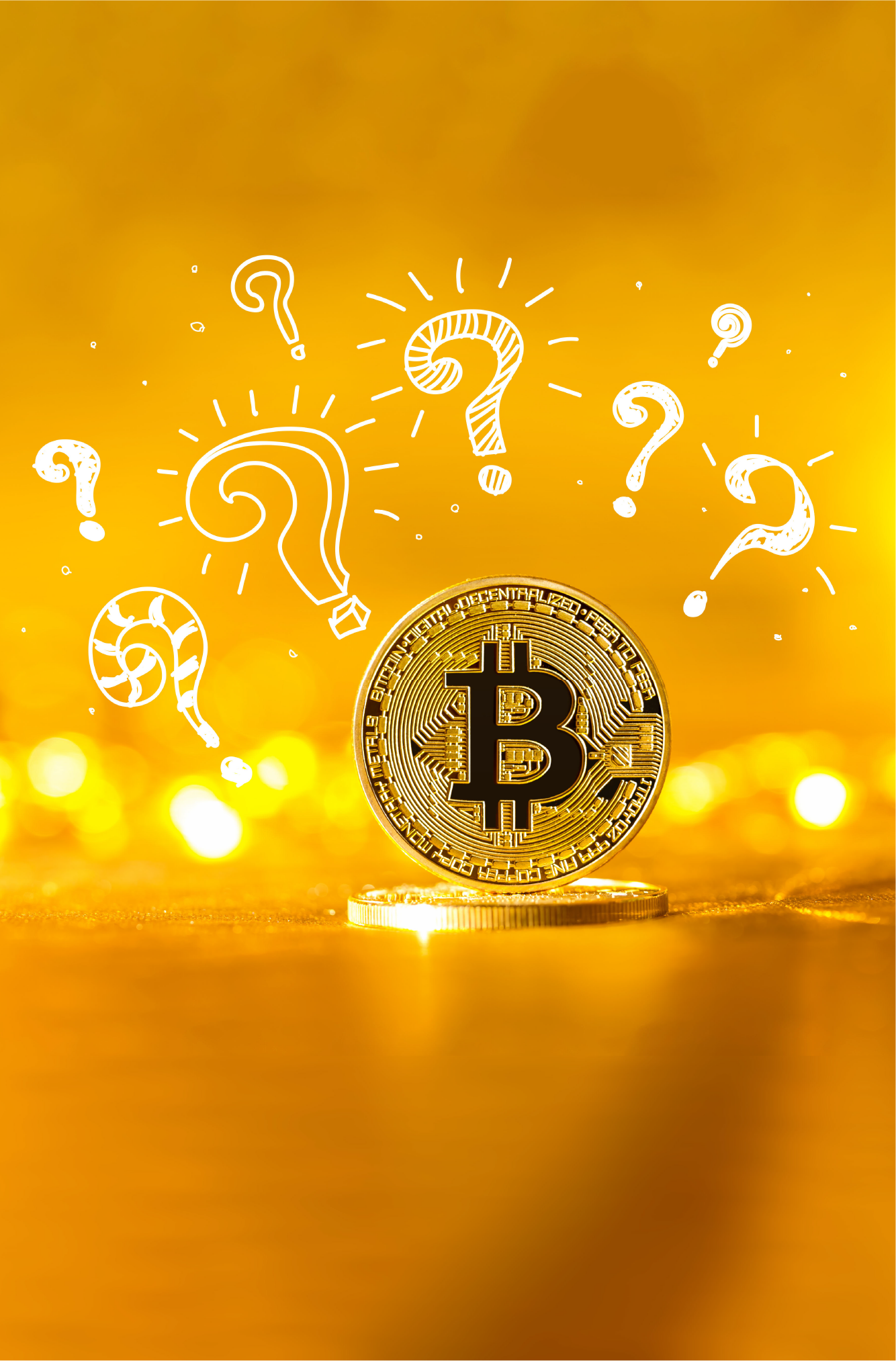 Bitcoin surged in 2021. It reached an all-time high of over US$68,000 on November 10 and was up 48.5% on the calendar year. It is still the highest performing asset of the last ten years, and yet like so much online, it is still swirling in misinformation and myths.

After a steep drop – as of this writing Bitcoin is trading at US$38,450 – pundits and critics alike have amplified the untruths and, despite the Bitcoin network’s road to the mainstream being carved out daily, there is still so much hesitation and uncertainty for investors.

At Holon, we know that many of you are asking your advisors, or advisors are being asked about this ‘digital gold’. We wanted to clear the air of some of the most common hyperbole which too often stops people from taking the plunge and investing in an asset which provides great diversification and exposure to Web 3.0 technology. Putting aside the clickbait and hype, we thought it was time for some much-needed clarity based on our research and expertise. If investors can understand these three myths, they will be much more likely to take the opportunity to invest in Bitcoin.

Myth #1: Bitcoin is only used for illegal activity.

When Bitcoin first emerged in 2008, it was known and bought by people who had read the initial October 2008 white paper and shared Satoshi Nakamoto’s radical vision of a digital currency.

Disappointingly, its first widespread use was on Silk Road, a digital black-market platform that was popular for hosting money laundering activities and illegal drug transactions using Bitcoin. Its founder is now serving a life sentence in prison for his role, but it’s clear there was collateral damage that has been difficult to shed.

Bitcoin has since experienced exponential growth in terms of price as well as adoption across retail and institutional users. According to the highly respected Chainanalysis 2021 Crypto Crime Report, illegal activity likely accounts for less than 0.34% of total cryptocurrency transaction volume (by comparison, the security and fraud group Arkose Labs reported that a whopping 22.9% of credit card interactions in 2020 were fraud attempts).

Importantly, large scale crime is unlikely to use the Bitcoin network due to the transparency of transactions. The publicly available distributed ledger allows law enforcement to track transactions between wallets, uncover criminals’ IP addresses, and shut down criminal activity.

The truth is that almost all uses of Bitcoin are investors using it as a store of value, and individuals, institutions, and countries using it as a payment network.

Myth #2: It has negative environmental impacts.

Bitcoin’s consumption of electricity is a heavily debated topic which is often cited as a reason it will not be adopted as a global payment network. As of January 2022, there were around 18.93 million Bitcoins in circulation out of an ultimate total of 21 million.

The Bitcoin network consumes an estimated 113.89 TW (Terawatt-hour, a measure of electrical energy) per year in total. A staggering 99.8% of Bitcoin’s energy consumption comes from the operation of mining machines.

But this needs context. The energy footprint of “always-on” electricity devices in American households (TVs, microwaves, phone chargers) is approximately 1,375 TW per year – over twelve times that of the Bitcoin network. The argument many take is that Bitcoin’s level of consumption is too high, but too high when compared to what?

Galaxy Digital crunched the numbers and have calculated the approximate energy consumption rates for the banking system, gold, and Bitcoin to better illustrate our point. Bitcoin’s energy consumption is not high in comparison to its commonly compared counterparts, (Figure 1) and with the increased demand for green mining operations this gap in consumption should remain into the foreseeable future.

We all know there are negative environmental impacts of any energy consumption, yet commentators who point the finger solely at Bitcoin are clearly misguided.

At the start of 2021 the majority of Bitcoin mining operations were in China. But after China banned crypto mining in June, that slumped to zero. As a result, Bitcoin miners have had to move to alternate jurisdictions to continue operating.

Figure 2 highlights the dominant mining regions across the world expressed as a country’s hash rate (the power that your computer or hardware uses to run and solve different hashing algorithms) as a percentage of total output.

With all mining moved out of China, the United States, Russia, and Kazakhstan have taken the load of the Bitcoin mining network. 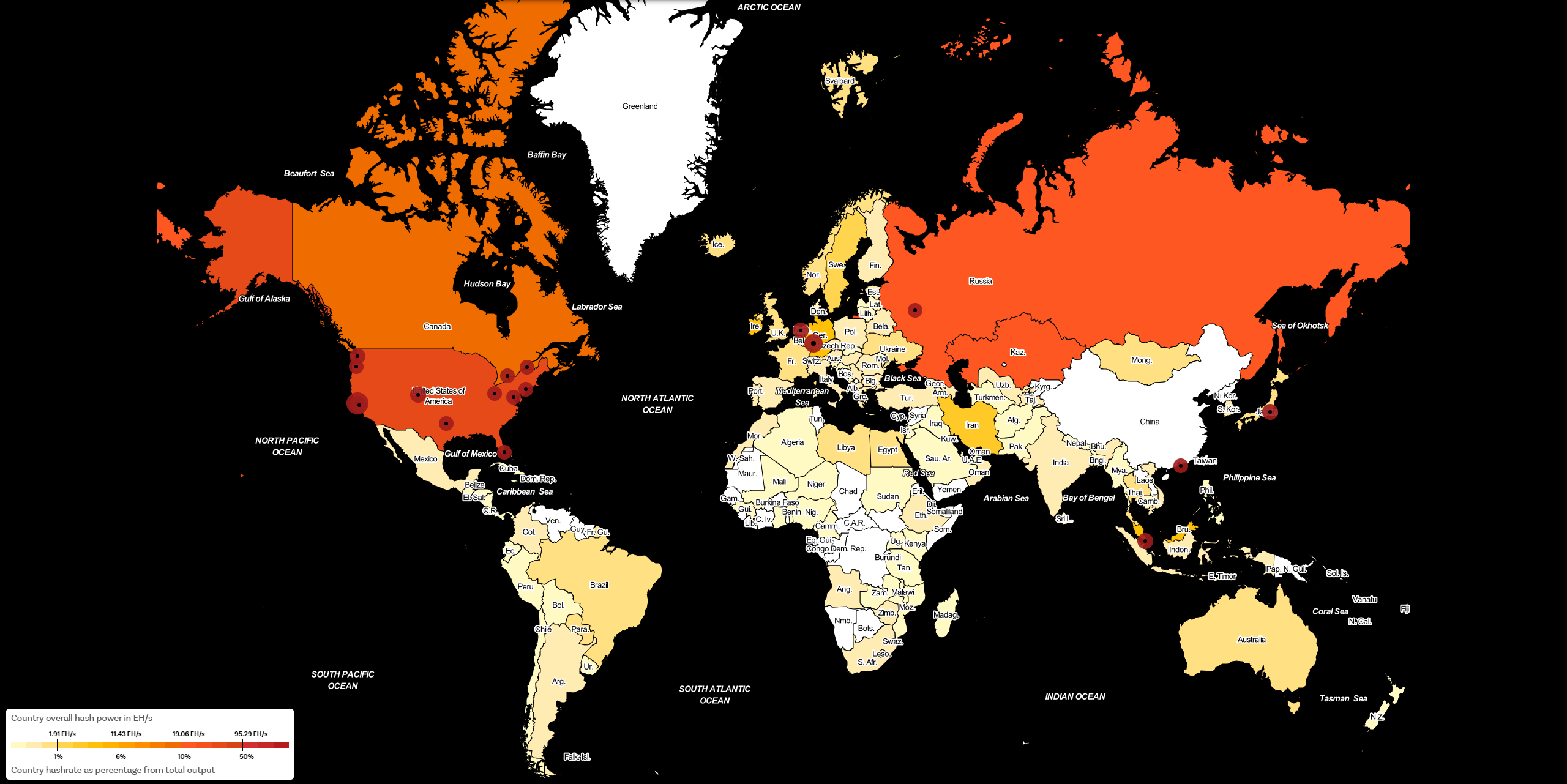 This shift in locations caused a 50% fall in the Bitcoin hash rate (the amount of computational power used by miners dedicated to the minting of new Bitcoins) which has since recovered to previous all-time highs.

What does this prove?

Despite Bitcoin entering the portfolios of many sophisticated and institutional investors, there is no doubt that it remains controversial.

The explosion of misinformation across mainstream and social media means that investors are hearing these myths repeated now more than ever. However, like waiting an hour after eating before swimming, or dogs only seeing in black and white, please consider these three common Bitcoin myths finally put to rest, once and for all.

Until we hear them again, of course. 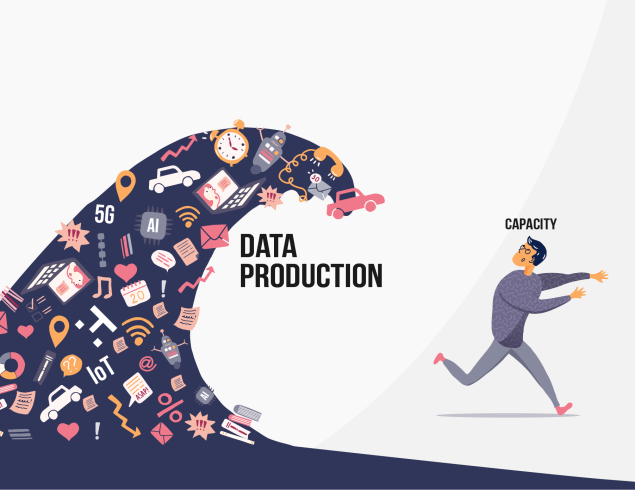 It’s time to look at data production vs. storage capability

You’re likely to have heard the rumblings: there will be exponentially more data created, in the very near future. But, how much? How much is too much, i.e. can we store it all? Do we need to? And how... 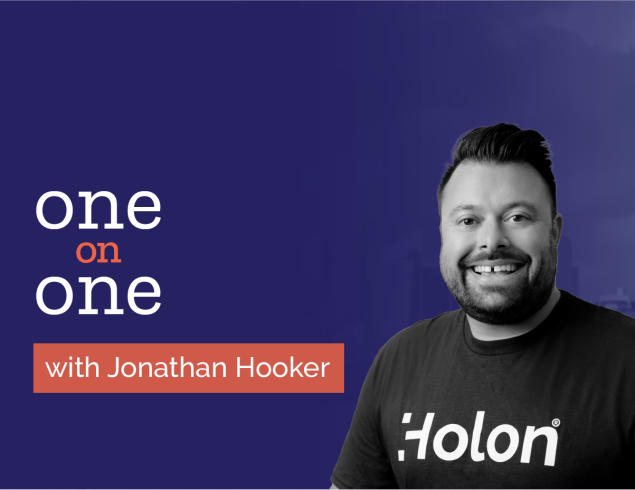