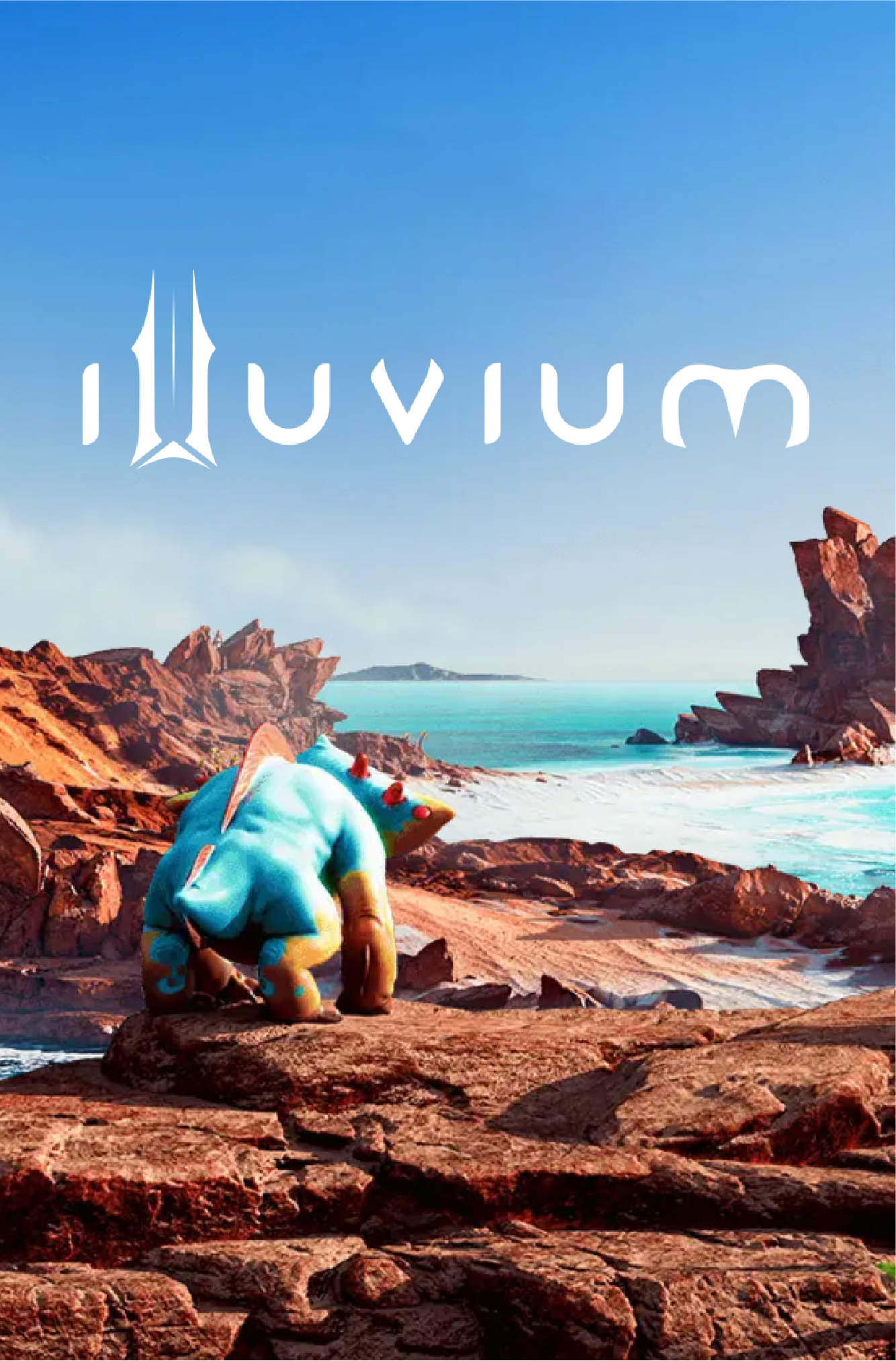 The radical world of play-to-earn. How can a game that doesn’t exist be worth $US10 billion?

In recent months I have been down yet another crypto rabbit hole, trying to understand the ‘play-to-earn’ space which, on the surface, can seem bizarre but is actually a revolution in capital formation and Web 3.0 adoption.

Crypto-native businesses are starting to use their coin, not just as a means to raise capital, but as an incentive mechanism to create community, build engagement, and provide feedback to products in development. They effectively distribute ‘rewards’ to early adopters of the products. This has been most successful in the gaming space where users earn rewards for playing a game.

‘Play-to-earn’ highlights how Web 3.0 companies are utilising behavioral and financial economics to spur on Web 3.0 adoption of products and, in turn, create ‘traction’ and ‘network effects’. What many traditional investors are missing is that these ‘rewards’ resemble something close to equity, and significant value is being captured by early adopters.

One example that has caught my eye recently is Illuvium. Their website describes Illuvium as:

“a collectible NFT [non-fungible token] RPG [role-playing] game and auto-battler rolled into one. There is an open-world RPG experience in the overworld, where you mine, harvest, capture, and fight Illuvials.”

In simpler words, Illuvium is a remake of the incredibly popular ‘Pokemon’, only with much better graphics and NFTs that enable you to actually own parts of the game, including the creatures.

Illuvium’s aim is to be the first ‘Triple A’ rated game on Ethereum. The founders also want the game to run autonomously with holders of ILV (Illuvium’s token) governing the project via voting and a council. Ambitious, yes, impossible, no.

Typically, in early-stage investments, liquidity is non-existent. Illuvium, however, (amongst many other crypto projects) are incentivizing users to provide liquidity on decentralized exchanges. Users are paid in more ILV for taking on the risk of providing this liquidity. Thus, solving the illiquidity problem up front.

The next step for Illuvium is then to incentivize the buying of their native currency ILV. But with no game available (remember this is a start-up) and little funding ($US5m pre-seed) that’s a huge challenge.

A US$10 billion market cap despite no game

Again, the exact mechanics here are somewhat irrelevant, but Illuvium has introduced an in-game currency ‘sILV’ that users can earn by ‘staking’ the real currency ILV. ‘sILV’ gives users the ability to progress through the game quicker. The value to players is they can accelerate their journey in the game (potentially finding the rarest creatures worth a lot of value both in the game and on secondary markets too). This creates demand for ILV on the exchanges.

But this has an interesting indirect affect. Illuvium have only released a small percentage of their tokens. That means a minor increase in demand significantly increases the price of the token that unlocks a huge amount of value on their balance sheet. To appreciate this, the current fully diluted market cap of Illuvium is over US$10 billion. Not bad for a game that doesn’t exist yet.

It really is a revolutionary way of capital formation and spurring on Web 3.0 adoption. The incentives that people are earning are now worth much more as ILV increases in price, and Illuvium can then start to attract real talent in the form of developers and marketers to advance the project.

The users at this stage are really just testers that, in turn, de-risks the ambitious vision that they initially had. It also creates a feedback loop that attracts even more investors and users competing for the now more valuable ‘play-to-earn” rewards.

As a practical example, Illuvium recently released a ‘Cinematic game-play trailer’ which cost around $US2m.

Raising $5m and telling traditional equity investors that you were going to use 40% of funds to release a trailer would be tough (impossible almost). But in Web 3.0, the company formation process is changing, which is enabling these projects to do much more with much less and set their sights on much more ambitious targets.

Filecoin, a cloud storage decentralized network has a similarly ambitious vision – to change the way we store and move data across the globe. With a US$250m raise, Filecoin has ‘build-to-earn’ incentives that total over US$70 billion, which could turn into the trillions as the network develops. The numbers are extraordinary but so too is the capital expenditure required to build out the infrastructure for our data obsessed economy (see Figure 1).

To many traditional investors this can be difficult to grasp. A game that doesn’t exists worth US$10 Billion?? A Cloud network in its infancy having trillions on its balance sheet??

Chris Dixon, a well-known internet entrepreneur summarized the network effect in Figure 2 and how token incentives are solving the Bootstrapping problem. In return, much of the value is caught by early adopters of the product. 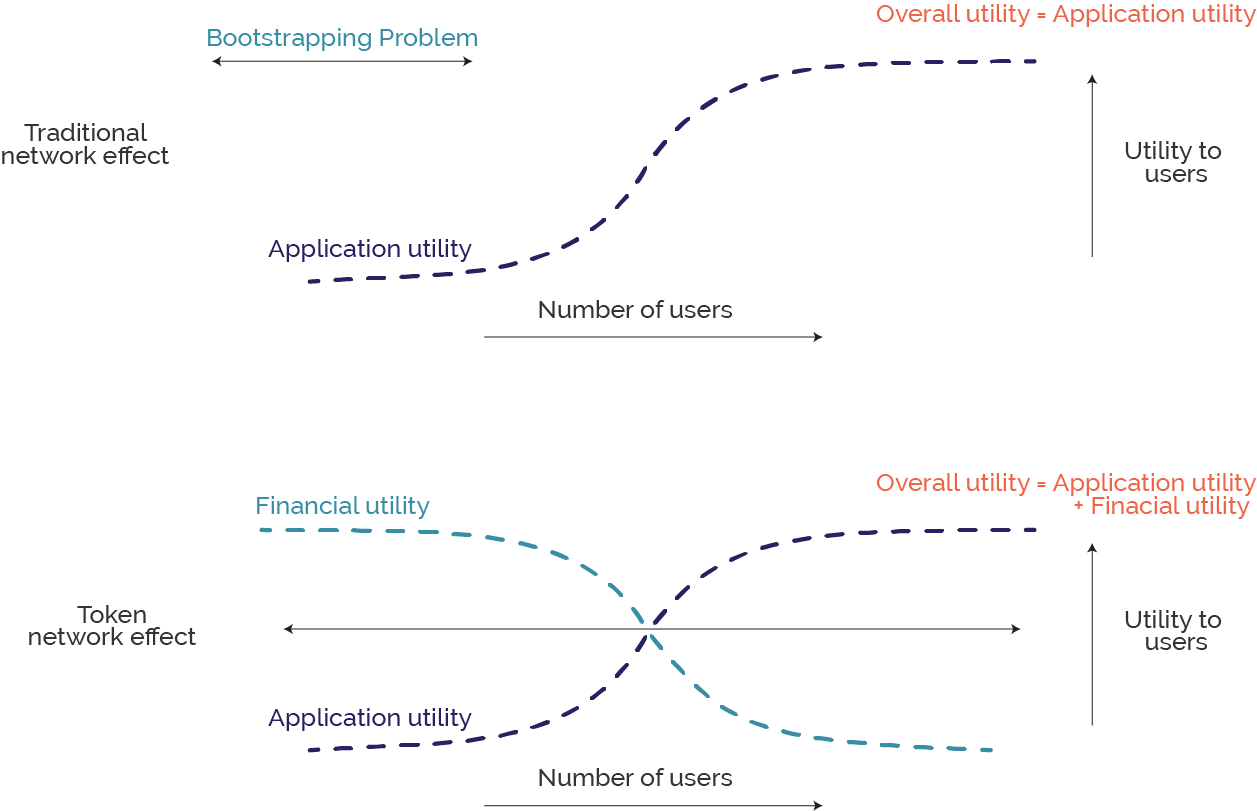 This is why we are seeing such a rapid adoption of Web 3.0. Web 3.0 users and investors are being blurred, value is being pushed to those providing the value to these companies. For Illuvium, it is those that are most excited about the game. For Filecoin, it is those building the infrastructure. Even Bitcoin is rewarding those providing security to the network.

Figure 3 gives some insight to impact this is having for Web 3.0 adoption. Many of the Mega-Caps today (such as Google, Amazon, Microsoft) were formed at the start of the internet, roughly 10-15 years before these digital assets. The growth arc of digital assets is much steeper. 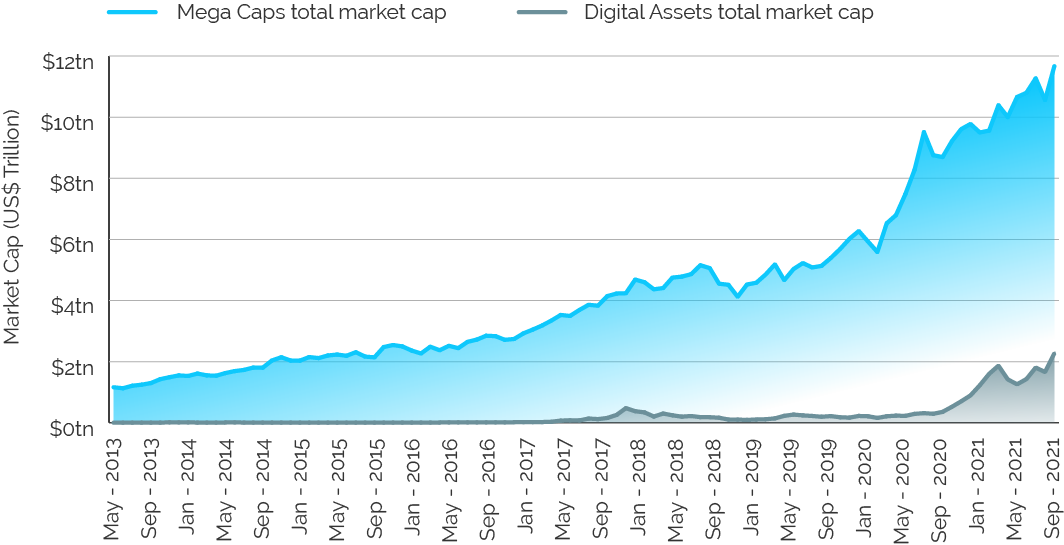 We are at the very start of a hugely transformative period. Web 3.0 is going to come at an incredibly fast speed, and as an investor you need to understand why, which means understanding the incentives involved.

Many projects will fail, and that’s ok. Not every business in Web 2.0 is successful either, but the ones that get the formula right will drive an immense amount of value, and that will mostly fall to their earliest adopters.

My concern is that so few traditional investors will have the ability to access these opportunities because their intermediaries are not set up for this disruptive change. 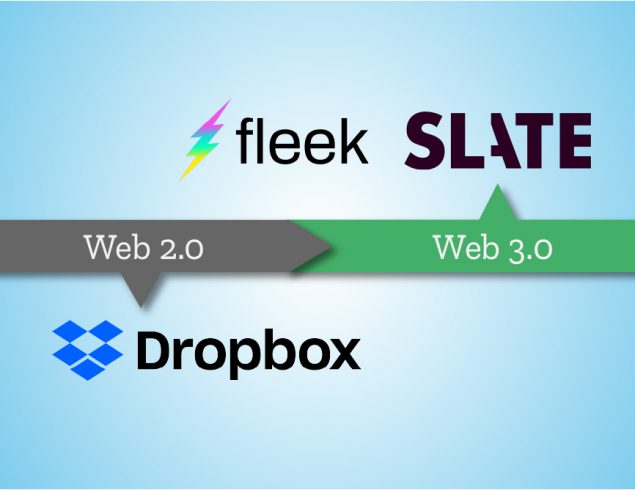 When it comes to data storage, most investors would have heard of, and probably used, Dropbox to share files. But few would have heard of newer storage providers, ‘Fleek’ and ‘Slate’. These three companies/technologies illustrate a stark divide. Dropbox... In a world of crypto and buy-now-pay later (BNPL), Visa — and even the very notion of credit cards — might be starting to seem old fashioned. But the company is actually well placed to benefit from the accelerating... Why global disruptors are less risky than ASX ‘blue chips’

All investors are prone to bias. Many investors particularly like to generalise to mask a lack of understanding. A common generalisation we see is when clients and potential clients assume that innovative and disruptive companies in our portfolio do...