Let’s be honest, we’ve all been a bit alert, and alarmed. For investors, the prospect of rising inflation creating serious headwinds on investment performance in 2022 feels very real. These fears are understandable; after inflation recently hit 40-year highs of 7.5% in the US and 5% across Europe.

Central banks and pundits had previously said that rising inflation would be ‘transient’ because it resulted from a post-Covid-lockdown recovery in consumer demand and supply chain bottlenecks that would soon clear. But the jump in energy and food costs over the past 12 months has introduced more permanent inflationary pressures.

Global commentators have now almost uniformly called for a return to the Volker-esque inflation-busting interest-rate hikes famously used successfully by then US Federal Reserve Bank Chairman Paul Volker in the late 1970s, to smash rapidly rising inflation. With investors in 2022 expecting imminent interest rate hikes, equity markets have slumped, the US Nasdaq market is down 13% since December last year. Bond markets are also repricing (a change in the market environment that allows for a reassessment of the value of an investment), on expectations of higher interest rates.

Some fiscal and monetary prudency from global central banks, through higher interest rates does make sense. But – and this is the key – Holon believes today’s situation is substantially different from 50 years ago and that means US Federal Reserve Chairman, Jerome Powell, has limited tools available to bring US inflation under control.

That has serious implications for how investors should position their portfolios in the short and medium terms.

Anyone who remembers Jimmy Carter and disco will recall a weakened US Dollar paired with rising energy prices (namely oil) and US budget deficits during the last prolonged bout of US inflation in the 1970s. As seen in Figure 1 below, US inflation growth (blue bars) reached a peak of 14% in 1980.

Federal Reserve Chairman Volker feared this rising inflation would cause long-term damage to the US Dollar overheat the economy, so he aggressively raised US interest rates from 5% in 1977 to 19% in June 1981. By 1983, annual inflation growth fell to 3% and the US dollar’s purchasing power (as measured against gold bullion) quickly recovered.

However, the impact on US borrowers was severe. Total US debt, which incorporates all personal, business and government debt, reached US$4.3 trillion in 1980, or 177% of US GDP. An average interest rate of 13% resulted in total borrowing costs of $558 billion – equivalent to almost 25% of total US GDP.

Now, the important point to note here is that US Federal debt was just US$850 billion in 1980, equivalent to 32% of US GDP (the orange line above), so the federal government successfully navigated this period of high inflation and subsequent high borrowing costs, relatively unscathed.

Fast forward to today, and the US is drowning in debt.

The US government has used its balance sheet to cushion the effects of successive financial crises over the past two decades, including the 2001 technology bubble, the 2008 global financial crisis and the 2020 global pandemic. The US government now has US$30 trillion of federal debt — the equivalent to 124% of US GDP in 2021 (see Figure 1).

If we add in debts from US citizens, businesses and state governments, total US debt has reached a record US$87 trillion, equivalent to 360% of US GDP in 2021. (The annual cost of servicing this debt is estimated at US$3.3 trillion, which equates to an average interest rate of 3.9%.)

To rub salt in the wound, Americans are poorly prepared. They have suffered a 40% surge in food and energy prices in the past year. Safety nets have also run dry. Some 60% of Americans have less than US$1,000 in their savings accounts, leaving them with little financial resources to draw on should interest rates rise. A slowing economy in response to higher interest rates also risks higher job losses, further straining personal debt balances.

We believe this raises a question almost entirely disregarded by those market commentators who are calling for a repeat dose of Paul Volker’s medicine to address today’s inflation levels that are rapidly approaching those of the late 1970s: Given record debt levels, how high can interest rates go before the US tips into a recession?

Let’s use the same 10% interest rate on the current US$87 trillion debt pile — which would increase average rates by 6% on today’s average rate of 3.9%. This would lift the total interest expense to US$8.7 trillion, 2.5 times higher than today’s level.

This level of interest repayments is equivalent to 35% of US GDP today and would triggering a total collapse of US asset prices as well as the global economy. While borrowing costs peaked at 25% in 1981, a much lower level of total debt allowed the Federal Reserve to raise interest rates to 19%, without triggering a similar catastrophe.

What about an increase to 7.5% average borrowing costs? The US Federal Funds Rate would need to inch towards 4% for this to occur, a level not seen since the 1990s. Total US annual borrowing costs would rise to US$6.5 trillion, equivalent to 26% of current US GDP. Once again, asset markets and the US would almost certainly collapse.

So how much could US interest rise, but avoid a complete economic collapse?

Holon believes the maximum increase is likely just 2%. That would raise average borrowing costs to 6% and increase the total interest payments by US$1.8 trillion to US$5.2 trillion or 21% of current US GDP.

The additional burden of high energy and food prices on personal and business debt is a major limiting factor on further increases above 2%. This aligns with the peak in the Fed Funds rate during the last US tightening cycle over the period from 2016 to 2019.

Unlike the 1970s, the US no longer drives global inflation

The other difference between now and the 1970s is that the US is no longer as dominant.

Growth has shifted toward China and other developing economies which now contribute over 58% of global GDP. US consumers no longer drive demand for essential consumables like food and energy that are facing severe shortages amidst surging global demand. Under these tight conditions, which are expected to continue for many years, attempts by the US Federal Reserve to slow import-led inflation through raising interest rates may have little effect outside of tipping the US economy into a recession, resulting in an economic disease referred by economists as stagflation, not seen since – you guessed it – the 1970s.

China’s conservative monetary policy over the past two years allows it to begin 2022 by lowering interest rates from its current level of 4% to stimulate its economy. Any additional demand for food and energy from China and other developing economies will likely tighten global commodity markets further, a nightmare for US policy makers.

CPI is much, much higher than reported

Another reason the capacity to raise interest rates without causing financial stress is severely limited is that rising inflation is higher than reported.

As we have outlined in our previous newsletter piece Understanding the Consumer Price Index, Jon Williams at ShadowStats argues the official US government statistics have been enormously ‘massaged’ over the past 40 years to fit the narrative that US inflation remains under control.

The CPI (Consumer price index) measures the change in the price of a basket of consumer goods each month. Since 1980, official changes to the CPI basket sampling methodology by the US Bureau of Labor Statistics have allowed substantial underreporting of inflation by removing more costly items for cheaper alternatives (for example, replacing steak with mince and then chicken as food costs have risen).

The blue line in Figure 2 from ShadowStats illustrates annual changes in CPI since 1980 using the identical basket of goods until 2022. The red line illustrates the reported CPI data following continual changes to the sampling methodology.

The substantial difference between actual CPI and that reported each year aligns with observational data that supports the rapid decline in the purchasing power of the US Dollar over the past 40 years.

Federal Reserve Chairman Jerome Powell is trapped with a Sophie’s Choice: the need to be seen as willing to address accelerating inflation by hiking interest rates – or maintaining the mirage of a healthy US economy by letting rising inflation run higher for longer.

We believe the Federal Reserve will choose the latter. It will allow strong nominal GDP growth (no recession) but lose the purchasing power of the US Dollar through high inflation.

While a small shift higher in the US Federal Reserve’s interest rate policy seems likely to occur over the next six months, any shift in market rates beyond the 2% limit outlined in this note will likely force the Federal Reserve to recommence further quantitative easing (QE) to cap interest rates.

So how might investors position their portfolios for this scenario?

This must send a clear signal for investors to shift back into investment assets best positioned to benefit from monetary debasement that will accelerate with the return of quantitative easing.

Large global equities with strong pricing power, allowing them to pass on inflationary costs within their operations directly onto their customers, should perform well. Holon believes global technology and innovation offer attractive entry price levels following their selloff since November. They will however remain volatile while interest rate and geopolitical concerns dominate news headlines, so slowly building exposure makes sense.

Traditional hard assets like gold also offer protection and should appreciate as investors accept that quantitative easing will become permanent. Holon has produced several newsletters on gold investing The role of Gold that can help investors better understand the forces that drive gold prices.

Bitcoin, often referred to as digital gold, also offers similar portfolio protection from monetary debasement. Our recent piece on Bitcoin in last month’s newsletter The three biggest myths about Bitcoin finally put to rest should help investors with a better understanding of the role Bitcoin will play as we accelerate into a digital world. It could appear counter intuitive to argue that a country like Australia with a relatively stable currency (AUD) would benefit from a digital currency. That may be the case if NSW traded mainly with Victoria and QlD but that... 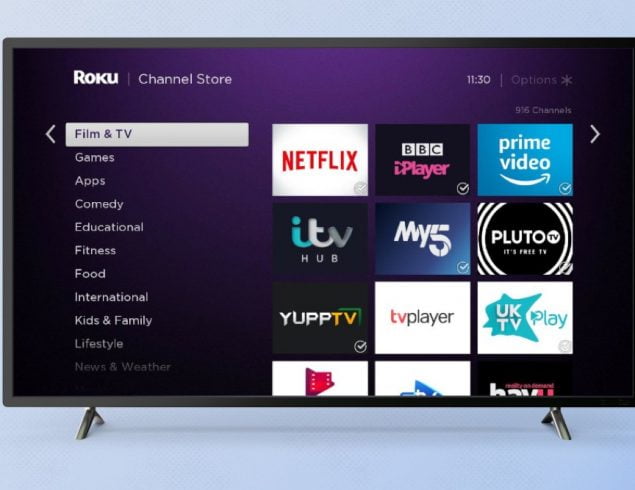 Even though we had a significant lead time in understanding their value propositions, many Australian investors still underestimated the global investment opportunity of companies such as Afterpay and Xero.  But it’s not just Australians who underestimate the world outside... The Libra digital currency: Intro to the regulatory and technical issues

12th December 2019 Hosted by The Allens Hub, a joint initative by Allens – Linklaters and UNSW. Heath Behncke, Managing Director and Portfolio Manager at Holon Global Investments speaks on the future of digital currencies and why it is...